Source: “Master of None”- A popular Netflix special

In today’s age, everyone wants to watch their favorite movies or television shows at their own comfortable time. This what the digital media industry tried to capitalize on when online streaming became popular. The ability to watch movies and TV shows in HD while paying a monthly fee is as convenient as a gym membership. This is the model Netflix stuck to initially but moved to creating its own drama series, documentaries and comedy specials.

It started off as an online movie rental company in 1997 and realized the importance of adhering to consumer needs in year 1999 which made them switch to a different model wherein they started offering unlimited DVD rentals for one low monthly price. Come 2007, Netflix realized that the model of sending DVD by mail to its members was faltering. To eliminate wait time, it started delivering movies directly to computer screens of customers and this was a revolution in the digital media industry. However, the inability to offer these movies in HD unlike DVD’s was detrimental to Netflix. As time progressed, the company started offering the same quality on computer screens which increased their popularity.

Artificial intelligence paved the way for companies like Facebook, YouTube, Google and Netflix to understand the user’s likes and preferences. This is the reason a user sees advertisements of shoes on their Facebook homepage after buying a pair on Amazon. Netflix used similar algorithms to understand what a specific member prefers to create lists titled “Recommended for you”. Another example of how Netflix uses artificial intelligence is how they create an entire list of movies, TV shows, documentaries etc. based on one single piece of media a viewer watches. Through this, not only were people able to find media they liked, but also media that they could potentially like.

When I started using Netflix in 2013, originals became available online but had not moved into mainstream media. In other words, they were not as popular as people still viewed Netflix as a platform to stream externally produced cinematic pieces of work. I, as a customer, never really paid attention to it either. Their first original came in the form of “House of Cards” and it wasn’t just one episode but entire seasons all at once. It was what every Netflix user around the world would come across the moment they logged into their Netflix account. To this day, when I log into Netflix, the first thing I see is an advertisement of their newest special, with the trailer being auto-played.

One of my biggest passions in life is studying, understanding, and experiencing different cultures and thereafter implementing my learnings into the moving image. I believe that the film and television industry in the United States is headed towards a time where cross-cultural forms of media are being produced and gaining appreciable fan following. Netflix specials such as “Master of None” and “The Indian Detective” are proof of this. It is evident that some serious thought has gone into making these specials. Different cultures have been studied to reflect on the similarities and contrasts between how humans function in different parts of the world. These learnings were then implemented into creating cinematic artwork that demonstrated the power of diversity. In other words, it showed how people from different cultures could come together and lead interesting lives as they tried to figure life out together.

This is what makes Netflix specials really special. They choose interesting themes to potray on the screen; themes that have not been in the spotlight enough but are very interesting to viewers considering the rate of globalization in different parts of the world and the increasing diversity in the western world. 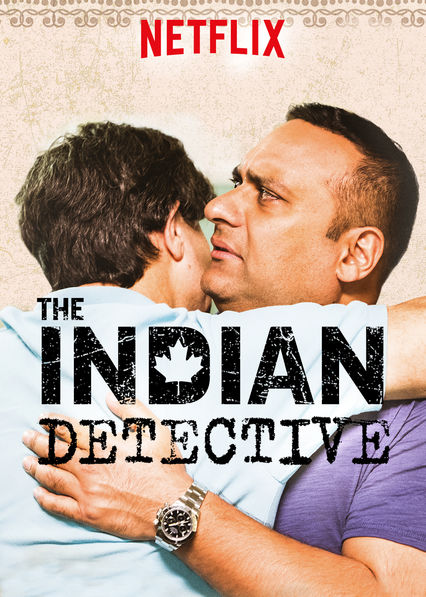