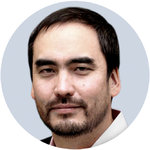 For this week, I decided to focus on an Opinion piece in the New York Times, rather than a piece of hard news. In all of the talk surrounding Facebook’s most recent, and most prominent, data privacy scandal, Tim Wu, a law professor at Columbia University, is a voice not only of reason, but of an expert in law rather than journalism. Wu’s piece is an important one in the discussions surrounding Facebook because it not only expands on the #DeleteFacebook movement that has been a growing force amongst celebrities as well as the masses on Twitter, but because, unlike other anti-Facebook proclamations, actually explores potential for next steps, but does so from a standpoint of understanding the difficulties it would entail. Wu addresses Zuckerberg’s impending testimony before Congress and prematurely outlines questions he knows lawmakers will ask, mostly surrounding how Facebook can work to restore public trust and whether it would be open to accepting and operating under new measures of regulation. Wu argues, however, that these are the wrong questions to be asking. Wu then shifts his focus to the questions that have everyone perplexed: what will come after Facebook. Wu acknowledges the necessity of social networks and how we have come to depend on them as an integral part of our interpersonal and global relationships. What Wu does not accept, however, is that the world should continue to accept Facebook. It is obvious that changes need to be made, and for anyone who has been following the Facebook scandal, it is obvious that this one is far elevated from any data breaches that came before it. Facebook had always bounced back, had returned seemingly unscathed; this time, Wu argues—and I second—is different. Rather than asking what Facebook will do to change for the future, Wu writes that what we need is a completely new generation of social media platforms that are fundamentally different both in their incentives and dedication to protecting user data—and he strongly believes, that barring complete turnover in both leadership and business model, Facebook will never be this platform.

Wu then goes into an interesting discussion about general corporate change, highlighting that real, complete corporate change is a rarity, especially when the same leaders continue to lead. Wu explains that Facebook’s issues are “central and structural, the predicted consequences of its business model.” Thus, Facebook, at its deepest core, was created in a way that would ultimately lend the company to this kind of issue. Wu references a comment by Walter Lippmann, a journalist, who, in 1959, said that “free” TV is ultimately “the creature, the servant and indeed the prostitute of merchandizing.” It is a powerful and true statement, and one that Wu argues is true of social media as well. Wu understands that social media is not disappearing. This understand is one that seems absent from other movements such as #DeleteFacebook. People know, however consciously or subconsciously, that they cannot survive without this kind of social media connection; thus, in their cries to delete Facebook, they are not offering anywhere for people to turn. Wu fills this void, and proposes a concrete model for what he feels will be the most natural—and most prosperous—successor.

Wu outlines the ideal Facebook competitor and successor as a platform that puts goals of data privacy first, at its core, and thus is built on a foundation of these values. Wu also explains, however, that he knows this is more easily said than done—what stands in the way of building a true alternative is not technology, it is the generation of a mass of users. What the world needs is a competitor that Facebook cannot just diminish or buy out, but one that sets itself apart in a way that it has become apparent Facebook cannot. Wu advocates for firms that are privacy-protective but that would charge users a small fee of even around 99 cents per month. This idea ties back into Wu’s discussion of “free” media—while we are in an age of “free” social media, paying might sound ridiculous or unnecessary. But, I would say, which Wu would seemingly support, the cost of “free” social media may very well outweigh a fee that amounts to pocket change. Wu argues that the payment would better align the incentives of a new platform with those of its users, a group to whom trust, at this point in the world of social media, is most important. Wu provides other suggestions, such as a nonprofit that uses status as a means of highlighting its dedication to more ethical practices, an idea inspired by the Wikipedia business model.

Wu explains that when a company fails, like Facebook inarguably has, it is a natural next step for the government to impose rules and regulations. Competition, Wu argues, can also create pressure to improve, and if the privacy scandal only further contributes to a passive acceptance of the Facebook monopoly, as a society we will have failed as well.

To me, Wu’s piece was not only informative for to its analysis of the root of Facebook’s issues, but actually was a true beacon of hope for the future of the current social media landscape. Wu’s piece does not just focus on the problems that are constantly talked about in a cyclical pattern of unproductiveness. Rather, it offers an offshoot from this cycle, a framework through which people can think critically about not only that something should come next, but how this could successfully happen. It provides a voice that does not believe that a passive acceptance of Facebook as a dominant global power needs to be the future. As we discussed in class, we are all dependent on Facebook in some capacity. Wu does not try to convince us that this is wrong, or that we are all capable of surviving without it and as such, should simply #DeleteFacebook. Wu recognizes that we need a global platform, but he reasons that it does not have to be Facebook—it is possible to escape from under its menacing force. With Wu’s corporate and social media analysis, it becomes obvious that there are very real solutions to a very real problem—Wu has lined them up in plan sight. The question, now, is if somebody will have the motivation, creativity, and passion to take his advice and run with it.